Imagine selling your home for over $100,000 less than what it was worth?

Six figures of potential income gone – just like that.

It is a completely true story but no client names have been used for confidentiality reasons.

You’ll see how one Real Estate Agent made a bad mistake – before another jumped on board and also made a crucial (but less important mistake).

One of our Agents was helping their clients – who were looking for a townhouse in downtown Toronto.

This Agent is one of the best out there – so although they had been searching for a home for a while, they remained optimistic because they were being well advised.

The Agent got a whiff of a townhouse going on sale that wasn’t yet public and emailed the clients to let them know.  It seemed to have been priced a little low but he didn’t know if this was a deliberate ploy to lure in more buyers – as some Agents tend to do.

A viewing was arranged for that day and – upon viewing the home – the clients loved it and wanted to put in an offer.

The Agent decided to do a little digging and see if the home had been deliberately price low – or the Agent was trying to incite a bidding war.

Upon calling the Selling Agent (who we’ll call ‘Selling-Agent’ and the other Agent ‘Buying-Agent’ to make things clearer), he was told that the Selling-Agent had surveyed the homes that had sold on that street and based his price upon the 2 most recent sales.

The problem with this?

There were identical townhouses – built by the exact same developer – that were 100 yards away that had been selling for over $100,000 more than this price!

The lesson: never base your selling price just on the homes for sale on your street.  You have to look at what’s happening in the wider area and neighbourhood.

A Sneaky Move: The ‘Bully Offer’

The Buying-Agent – upon learning this – advised his clients to make an offer that’s known as a ‘bully offer’.

This is where you put an offer in – on a tight timeline – before a house has been fully marketed or listed – in an effort to buy it before it even hits the market.

It’s a very clever move – under the right circumstances – that not many Agents even know about – but this Agent (as we mentioned) is one of the best.

Since they knew the house had been priced at $100,000 below it’s value, they decided to submit an offer for $20,000 over asking price – something that they believed to be such a good offer, the buyers would be unable to refuse it.

The Offer Is Well Received

The Selling-Agent thought the offer was fantastic and said that he was going to advise his clients to take it.

The clients themselves thought the offer was too good to be true – such had they been convinced by the Selling-Agent on the price of the home!

They actually demanded a higher than usual deposit – to show that the buyers were serious – since they could not believe it.

The Buying-Agent and his clients – of course – obliged with this and were now waiting for the final decision.

The Offer Is Halfway There

The Buyer-Agent and his clients were waiting for the final outcome.

They were told by the Selling-Agent that the husband of the couple selling had gone out for a dinner event and would be returning later.

The wife had already signed the offer to agree on a sale – they were just waiting for his signature – so the deal was half signed.

Unfortunately, in the meantime – unknown to the Buyer-Agent – another Agent with other clients had viewed the property.

They had called the Selling-Agent to give him some feedback and were informed that they might actually be too late because an offer had been put in above asking.

The third Agent – let’s call them Buyer-Agent-2 – responded by telling the Selling-Agent that they hoped it was a very strong offer – as these other identical townhouses 100 yards away had sold for over $100,000 than he listed it.

Now think about that for a second: this other Agent had significant information that would have put him in a strong negotiating position and he TOLD the Selling-Agent about it!

That would be like finding a bargain in an antiques store and telling the owner he’s under-priced it!

The result was that the Buyer-Agent had his offer rejected and the home did actually sell for $102,000 above it’s listing price.

The sellers of the home – probably unaware of Buyer-Agent-2 – were probably ecstatic and thought that their Selling Agent had done an amazing job – getting them  such a high price above asking!

What Can You Learn From This?

Well there are  a few things that I think are important to consider  and learn from this story:

At the end of the day the sellers got the price their home was worth – but largely because they were lucky.  They were hallway to losing out on over $100,000.

Make sure that you get professional help from a good Agent when selling your home – or you could leave money on the table like this – and risk losing tens of thousands of dollars. 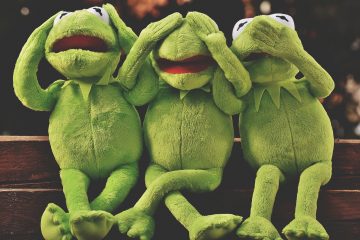 The Words You Should Never Use When Selling a Home

Words To Avoid When Selling A Home When selling your home, you need to think a bit beyond staging, photography and other marketing ideas – and focus on the actual words used. Choosing the right Read more…

Tactics Billionaires Use To Sell Their Homes For More Money

Tactics Billionaires Use To Sell Their Homes For More Money Although Real Estate design and architecture are different and unique for every country, city or even a province, there is something that is recognized worldwide Read more… 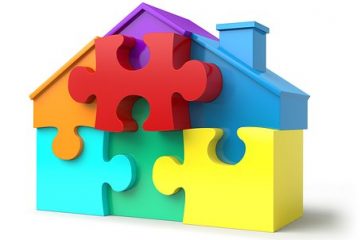 5 Cost-Effective Ways to Stage Your Home

5 Cost-Effective Ways To Stage Your Home Staging in general terms means, to put on something for a desired purpose. However, in this case, what it essentially means is to display your house as such Read more…