Looking At Home Buying In The 21st Century

Buying A Home In The 21st Century

In the past 20 years – since the turn of the 21st Century – the world and how services are performed has changed massively.

Smart phones and smart TVs weren’t a thing – most people accessing the internet were using a desktop computer or a clunky laptop!

Now – with the invention of more, easier ways to access information and the internet – the world has changed considerably and this has naturally impacted how you go about buying a home today.

Is The Dream Of Buying A Home Still Alive Today?

So, you’re tired of squandering $2,500 (on average) in monthly rent in Canada?

You’re in a never-ending battle with your landlord to fix the broken fridge, get air conditioning restored and more?

It’s a familiar story, and it usually ends like this: it’s time to buy your own home.

But wait, that’s not all.

There are some student loans – or other debts – which you have to settle. So, how do you proceed?

For young, first-time home buyers it can seem that the dream might never happen – but we have news for you: you can still get your dream home.

Budgeting For A Home In The 21st Century Is More Conservative

According to housing market experts, you should devote around 30% of your monthly income on your home. This would be a very conservative approach.

On the contrary, spending too much will only make it more difficult to make house payments if you lose your job or any unforeseen expenses arise.

First-time buyers today are actually sticking to this benchmark and approaching home buying with this more conservative approach. As a result, many are finding that they cannot afford the kind of properties that they want.

In fact, brokers estimate that around three of ten will give up before making a purchase.

But, potential fluctuations in home prices are not the only reasons why young, first-time home buyers are conservative about home purchases.

Why Are Current Home-buyers Becoming Conservative?

There are other potential reasons why current home-buyers are becoming more thrifty with home purchases:

The current home buying trend in the 21st century has led to younger, first-time home buyers becoming more conservative – based on all the above points.

It can seem like it’s become harder for younger adults to buy a home but there’s also the fact that many of them simply don’t want to do this.

If, however, you are considering buying a home then there is nothing to stop you and young, first-time buyers continue to make up a huge chunk of all home sales in Canada.

Mortgage ABCs – A Beginner’s Guide To Mortgages Few adventures in life can match up to the excitement of buying a new house; the smell of your new furniture, the stains of fresh paint and Read more… 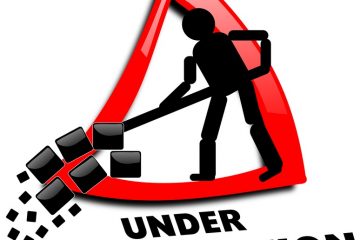 Buying A Fixer-Upper vs. A Move-In Ready Home

Buying A Fixer-Upper vs. A Move-In Ready Home Finding the right property to buy is always a strenuous task, regardless if it’s your first home, your second one, or just a weekend getaway home. It’s Read more…

Pre-Approvals – A Crash Course For Buyers

Pre-Approvals – A Crash Course For Buyers The process of buying a home can sometimes seem tedious and complex. You have to schedule a time to view houses – yet still go about your daily Read more…